If you love the outdoors and you love automotive – off-roading is a natural extension of both. Modifying vehicles to navigate remote backroads and crawl over gnarly obstacles isn’t necessarily a new concept, but the idea of developing rugged, mobile base camps from which to launch your hiking adventures has entered a new spotlight recently in the form of overlanding.

Central to this philosophy is the idea that back country adventures can be accomplished through self-reliance on a vehicle – one that can get you places that may not be accessible to most. From the standpoint of an avid backpacker and hiker, it is another tool in the arsenal of gear that helps get you to your destination. But while an expedition is defined as a journey with a purpose, over-landing sees the journey as the purpose.

This is the story of “Clearance Clarence” the 2001 Jeep Cherokee XJ.

There are a lot of XJs out there – during 18 years of production, Chrysler built nearly 3 million of them. Some of them became rock crawlers, others evolved into mud boggers, and a great deal of them are still rolling along the road as mostly stock to mildly modified adventure rigs. While I’m certainly not the first to document the trials and tribulations of building and fixing a Jeep, it’s a platform that has captured the imagination of many and each build takes on a character of its own.

My goal was to have a well-rounded, dependable, durable off-road machine that was also capable of long-distance on-road trips to all of the great hiking spots in and around the Pacific Northwest – and maybe a few of the harder to reach ones.

In the off-road community this little sport utility vehicle set a new standard for affordable 4×4 adventuring in the 1990s and early 2000s. When I was looking for a dependable tried-and-true platform to build into a capable trail runner there were many great name plates to choose from produced by Toyota, Jeep, Nissan, Ford, Subaru and many others, but the Jeep Cherokee XJ was a front runner for a number of reasons:

It wasn’t long before the basics were taken care of and I started noticing little things that could be improved. Here’s a list of the modifications I’ve performed:

In the front I installed the Focal Integration ISS 130 5-1/4″ component speaker system. These speakers fit the stock door mounts and were installed with XTC 5-1/4″ shallow depth speaker baffles to reduce vibrations and protect the back of the speaker.

Since tweeters were a rarely selected option in the Cherokee, they had to be custom mounted in the plastic trim piece in the door located directly behind the side mirrors. This is fairly straightforward to do and requires very minor drilling.

In the rear I installed Focal RCX-130 Auditor Series 5-1/4″ 2-way speakers. In my configuration the rear speakers have mounts which are molded into the roof panel.

For bass, I originally installed an Alpine SWA-12S4 BassLine series 12″ 4-ohm subwoofer in a BassWorx wooden enclosure. The level of bass this setup generated was adequate, until it was stolen…

This was later replaced by an Alpine SWA-10S4 BaseLine series 10″ 4-ohm subwoofer in a stealth enclosure by SubThump specifically designed for the cubby area in the 84-01 Jeep XJ. The level of bass this setup generated was on par with a soggy fart muffled by an old box spring mattress.

After doing some research I realized that this enclosure needed a shallow mount sub that was better matched to the power output of the amplifier. Because: science. That’s when I discovered the Kicker CompRT 10″ 2-Ohm. After some tuning this sub slaps hard enough for my musical tastes. It is not the kind of ‘feel it in your chest’ bass that will rattle the car frame and shake the neighbor’s kitchen windows, but it will put a smile on your face and add soul to a song.

Because this Jeep goes out on frequent adventures and gets lots of stuff piled in the back I wanted to protect the sub from things falling into it and potentially damaging the cone. The black metal bar-shaped grill shown in the picture above works perfectly.

Powering the front and rear speakers is an Alpine KTP-445U amplifier. It’s small, compact and is easily hidden from prying eyes. Mine is mounted behind the dash so that it’s secure and out of the way.

After a disappointing run with an Alpine MRV-M250 Mono V-Power amplifier paired first with a 12″ sub and then a 10″ sub I upgraded to a more powerful Kicker XC400.1 400 watt mono amp. It’s roughly the same size as the Alpine MRV-M250 but delivers MO POWAH.

Subscribe
Disclaimer
The content of this website is purely for informational purposes and is intended as a reference guide. The authors and everyone involved in the creation of this website make no warranty of correctness or thoroughness and disclaim any and all liability from its use.
Copyright All Rights Reserved 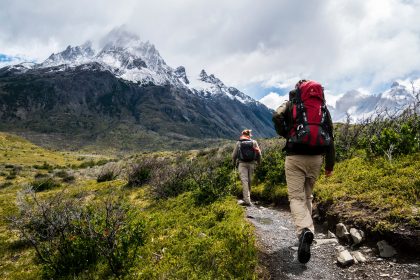 A Beginner’s Guide to Hiking Gear 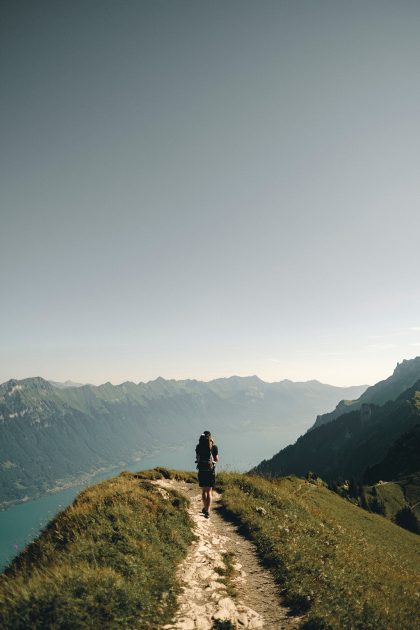 Get Over Your Fears! Tips For Hiking Alone